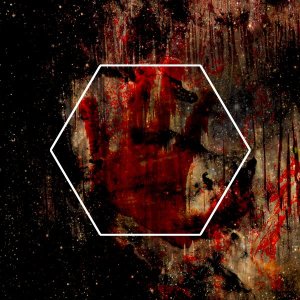 Experimental artists Bartosz Dziadosz (Pleq) and Mike Lauki (Lauki) combine forces once again to document the delicate middle ground between modern compositional structures and widescreen ambient soundscapes. Intro pulls us from the mist and into ethereal piano loops, setting the tone for the album. Deconstruccion (Pleq Remix) brings forth the enchanting violin work of Heike Grafe. Perceiving Perspective introduces a more rigid structure with rhythmic ancient machinery. The Last Letters evolves into a world of glitched electronics.
released 12 March 2012
on Chemical Tapes.
All tracks written and produced by Bartosz Dziadosz and Mikel Lauki at the turn of 2010 and 2011.Track A2 – Violin by Heike Grafe.
reviews

Pleq is Bartosz Dziadosz, the prolific composer, producer and collaborator. Dziadosz is responsible for — among many other releases — the 2009 CDr The Metamorphosis, a chilly and narcotic view through a fluorescent microscope. Literature buffs will head straight to the two-part title track, but the most Kafkaesque movement is “Don’t Cry My Dear,” a probing and lowercase work, deceptively complex.

Lauki is Barcelona-based Mikel Lauki, a composer and freelance sound technician. Fluid Radio first introduced Lauki in July 2011, in expectation of the Audio Gourmet release 69º54´S-135º12´E (executive summary: “The beauty is in the collapse”). The compositions of 69º54´S-135º12´E knock back and forth between glitch and post-classical, and there exists no synthesis or union, but a beguiling confrontation between the two. Antonymesintroduced Fluid readers to the Pleq-Lauki collaboration later in the year, with his remix of “II.” Both the source material and the remix appeared on The Anatomy Of Melancholy.

March brings with it Pleq and Lauki’s latest joint effort, Perceiving Perspective, a four-track, 27-minute cassette offered in a limited edition of 30. Somehow it plays as almost inevitable that two glitch practitioners would record an overwhelmingly acoustic EP (an electronic current is apparent throughout, but it serves only as a primer coat that in some cases could have been achieved acoustically, a la Frost/Bjarnason’s recent Solaris rescore). The title track is the scratchiest, what with the warm pops of static underneath muffled percussion and a filtered drone. The spell is cast, the mold is set, and the composers only hint at melody for six minutes, until a profoundly simple coda features an unnamed reed, or its processed equivalent. It is a quiet, enchanting piece, but not necessarily representative.

The opening track (christened according to the utilitarian way, “Intro”) is a probing, two part veneer, processing and piano, in which the tattoo gradually reveals itself as the skin. “Deconstruccion” is cited as a Pleq remix of a Lauki track, and Heiki Grafe is credited with the violin performance. This is where Perceiving Perspective genuinely bewitches: the raw, almost inflammed violin, the undetected, years-before piano, the errant samples and jagged melody. The effect is almost that of a seven-minute animal call, except for that only homo sapiens can ache like that.

The album closes with “The Last Letter.” By now 21 minutes have passed, and the composers cannot resist a little sonic dissection, although the snarling electronics still belie as much interest in modern compositions as they do in glitch. A single cello passes on trains — blurred and possibly misidentified, just short of doppler — and the echoes of sour violin are conspicuous in such brief appearances. Like a statistician presented with a long column of numbers, the listener searches only for the median values, and the impressions are of slowness, dissonance, darkness, and imminent trouble, until the chirps, skips and bleeps of the final 90 seconds decide the matter. “The Last Letter” is a challenging read. Just like the other three tracks.

Perceiving Perspective is a short cassette made by composers Bartosz Dziadosz and Mikel Lauki, who come from the very technical world of drone and glitch. It sets out like an essay, with an “Introduction”, two long tracks, and then “The Last Letters” to finish the statement. Nevertheless, PP feels, for this listener at least, less like a structured argument and more like a word game, putting sounds into play and creating a sort of web where everything is related. The cassette is perhaps the perfect medium for this: not only is it easily divided into two parts, it also has a playful mechanical potential that has no parallel in the digital world. Press stop –click– open the lid –click– pull the thing out, watch its reels loosen up, turn it around, push it back in –click– close the lid –click– press play –click– and listen not only to the music, but the machine buzzing with sounds.

Maybe this is the nature of ‘perceiving perspective’, to listen to the cassette not as a simple container of music worthy only of being ignored but as part of the process itself, as part of the soft drones and piano chords of the “Introduction” or the experimental-and-yet-pleasingly-harmonious electronic bits of “The Last Letters”, producing them as well as its own kind of ambient. The earthiness of touching the thing, of listening to the very subtle distortions of an aging mechanism (which could be brand new, but still plays differently than your average computer and so on) becomes a sort of exercise in consciousness, of perceiving how things are being perceived. The slow, quiet tone of the album aids in establishing a meditative mood of letting your mind flow along the sounds it finds, tranquilly playing with them while retaining the harmless tension of knowing you’ll need to walk to the player to ‘interrupt’ the music eventually. All those clicks, maybe annoying at first, end up being the way in which you participate in the production of these often minimal, ambient-like drones.

The collaboration expands, and what could be more uncanny in this age of shuffling and endless adventures in playlists than realizing you’re completely in control and in a way deciding how the music develops? It is easier, after all, to play things backwards in a cassette, and not only in terms of playing side B first. By setting up the terms of a game, Pleq and Lauki invite the listener to play, to modify the way the music is listened to, to realize we’re in this together, creating all kinds of meanings with every move we decide to make, from pressing Fast Forward with a very audible, noisy result, to just sitting down and listening to the music like a linear narrative. Don’t worry, though, almost every way you decide to play will sound really great – these two composers have already taken care of that for us. It’s just a matter of going with it and enjoying these turns of consciousness.

The combination of Bartosz Dziadosz (Pleq) and Mike Lauki (Lauki) has produced another collection  that blurs the boundaries between electronic ambient music and modern classical. ‘Intro’ takes a beautiful piano loop and weaves it between static, or maybe the sounds of the city – a dull, moving drone – beauty and the beast entwined together. The title track takes a repetitive knocking beat, the sound of something banging on a door, while a crisp and crackling noise plays in front of it. Behind this barrier, field sounds play out – the cries of children and passing traffic. Are we spying on someone? Are we trying to get out, or indeed, in? The perspective is constantly changing, challenging your perception of where you are in relation to the sounds. The closing track ‘The Last Letters’ begins with a slow drone before a scratching set of strings are thrown in, dispatched as a dull set of rising strings slowly creep up behind you. There’s a sinister, feel to this, it’s an uncomfortable ambience, setting the hairs on the back of your neck on edge. The key to this is how organic it sounds – there’s less of the electronic manipulation at work, the ‘natural’ instruments taking centre stage and tweaking your emotions. It might not be the easiest listen in places, but Perceiving Perspective shows a collaborative duo working in a perfectly synergistic relationship.

Tape of the week

Pleq and Lauki often flirt with classical conventions. Classical instruments have appeared on both of their releases before. On ‘Perceiving Perspective’ this classical approach is taken even further. Now, rather than the classical instruments surrendering themselves to the almighty drone, it’s vice versa. The instruments tend to be more in the forefront of every song. Drones wait in the background ready to support the more traditional instruments.

These songs meditate. ‘Intro’ the opener, seems to be one of the brighter, mellower tracks. At no point does it seem to express an opinion. Rather it floats on by, quietly with static crackling in the background. Lauki’s remixed track ‘Deconstruccion (Pleq Remix)’ is one of my favorites on here. I love how emotional the remix is, how full of passion. It’s a beautiful piece with wonderful violin work by Heike Grafe. ‘Perceiving Perspective’ sounds nearly mystical in its insistent drum beat and field recording of rain. It comes across as a tactile, nearly human piece. The closer sounds jarring in comparison. It is by far the most digital piece on the entire EP. Hardly any trace of humanity exists in this piece. It is closest to the glitch sound that Pleq employs on most of his pieces.
With this EP approach, Pleq and Lauki bring the emotional heart of their work to the forefront. It makes sense that this is a cassette-only release. They take an old genre (classical) and re-energize it with something new.
Was Ist Das